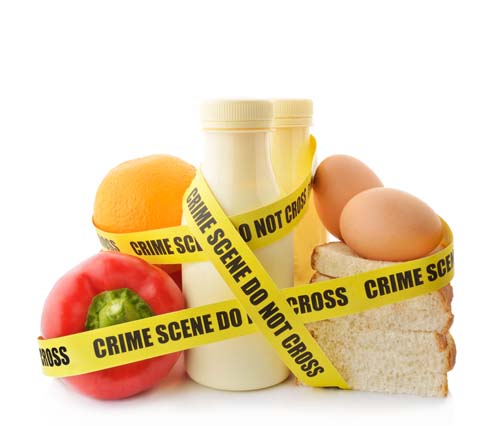 Food allergies and sensitivities are an often underappreciated problem in medicine. Many doctors don’t either recognize the physical (or mental) manifestations of food sensitivities or refuse to believe the science. Most people focus just on typical food allergies mediated through the immune chemical called IgE, but there are a host of other immune and biochemical reactions that occur to foods. For example, research has shown that an immune reaction to foods through a complex of immunoglobulin IgG is linked with a host of chronic health problems such as cardiovascular illness, depression, anxiety, poor comprehension, immune disorders, digestive problems, and even the inability to lose weight.

Mental health disorders such as Bipolar Disorder and Schizophrenia are linked to adverse food reactions, as are various autoimmune diseases such as Rheumatoid Arthritis. Common reactions to gluten, the protein found in wheat, is known to trigger pain and inflammation in the body through a condition called gluten intolerance. There are literally thousands of individuals with undiagnosed gluten intolerance who suffer needlessly because no one has ever bothered to test them appropriately or believed the false notion that such a condition doesn’t exist.

The immune chemical involved in gluten intolerance IgG. Other food reactions can also be a problem including the chemical reaction to various peptides found in dairy and wheat. Peptides are small amino acid sequences that when big enough make up proteins. The adverse chemical reaction to various peptides is known to alter various neurochemicals in the brain including serotonin which can lead to moodiness, depression, and various behavioral problems.

Therefore, testing for Food IgG reactions is critically important for anyone suffering with chronic health complaints, and the urinary peptide assessment is very helpful as well for individuals on the autism-spectrum or those individuals dealing with a mental health issue. The removal of offending foods from the diet can have profound positive changes in health – not only physical, but mental as well.