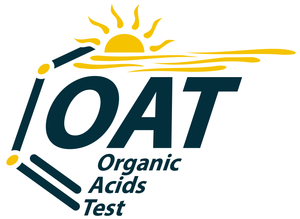 Organic acids are chemicals produced in the human body that represent various biochemical pathways. For example, certain organic acids are indicative of brain chemicals that influence mood and behavior. There are other organic acids that represent metabolic function of our cells ability to produce energy, as well as utilize vitamins and amino acids. Also, there are a myriad of organic acids that are produced from substances we consume through food such as oxalic acid, a common acid that can contribute to kidney stone formation, and has been linked to chronic pain and inflammation in the body. For example, many individuals who suffer with a condition called Fibromyalgia (a painful muscular and trigger point disorder) often have elevated oxalates found on the organic acids test.

There are also compounds found through Organic Acids Testing that are indicative of chronic infections from organism such as candida (yeast) and various bacteria. Two specific chemicals called HPHPA and 4-cresol which are produced from a variety of clostridia bacteria in the digestive system have damaging effects on the brain and nervous system. These chemicals are known to inhibit a specific brain chemical called dopamine which influences attention, focus, and overall cognitive function. When dopamine levels get to high, which is commonly the case with an elevated HPHPA and/or 4-cresol, can lead to aggression, self-injurious behavior, and even the onset of Schizophrenia is certain circumstances. Therefore, evaluating the organic acids is definitely warranted in anyone struggling with a mental health issue, or some type of chronic health problem.